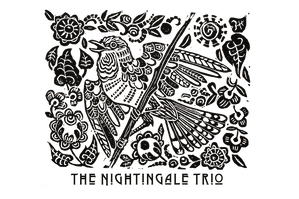 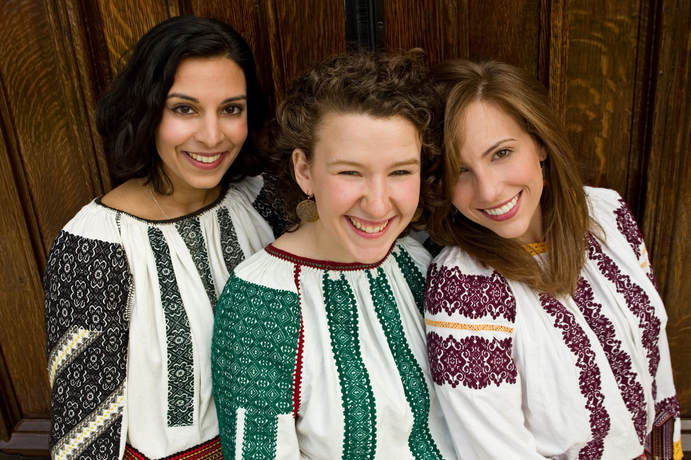 “Izvora,” the Nightingale Trio's second full-length album, is rich with nuance and fire and leverages the Trio's unique and diverse vocal backgrounds to bring new spirit to old sounds, effectively bringing the music of Eastern European tradition into the palette of today’s new folk generation.  The album includes dazzling arrangements of ancient songs from Bulgaria, Macedonia, Ukraine, Romania, Serbia, Russia, and the Republic of Georgia.  For the listener, “Izvora” ignites the imagination—vocalists Nila Bala, Sarah Larsson, and Rachel LaViola deftly draw the listener into stories of women’s struggle and triumph around the world. From one track to another their voices range from the strident, brassy sound of village celebrations to lush and heartwrenching ballads of love and loss.

The Nightingale Trio has commissioned and arranged new music with funding from the Howard B. and Ruth F. Brin Jewish Arts Endowment, Minnesota State Arts Board, and commissions from choirs around the U.S. and Europe. Since 2016, the Nightingale Trio has been engaged in collaboration with emerging women composers from across the U.S. In 2018, The Trio premiered new arrangements by Ayanna Woods (Yadda-Yadda/Chicago IL, recently premiered “Place” by Ted Hearne/Saul Williams at BAM/New York), Olga Amelkina-Vera (Kithara Duo, Dallas TX).